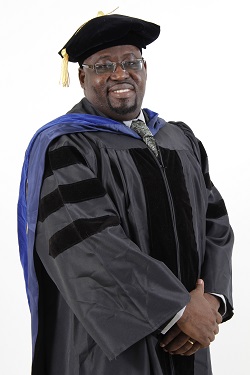 Before meeting the Lord, Apostle Dr. Martins the first born of two pastor parents, was a black sheep of the family, he vowed never to be a follower of Christ even though his both parents were ministers of the gospel.

Consequential his early life was riotously lived like the prodigal son and it was characterized by failure all the way. He was rusticated from a polytechnic and left two universities without completing his degree course.He went into the army out of rebellion and spite for his parents but went AWOL. He traveled abroad in search of good life, using his own word “I became an hustler in Taiwan, China, Israel and Hong Kong However the covenant of God with his parents were intact.

He later embarked on a journey to the United Kingdom where he claimed asylum. And from the point of entry he was placed in detention centers and later in prison for a total period of 18 months. While in prison he was fed up of life and he attempted suicide four times. But God has a plan for his life.

Still been suicidal, the Lord use the prison chaplain to supply him with the book titled “From prison to praise” At the end of it all Apostle Dr. Martins finally submitted to Christ and accepted him as his Saviour and his Lord. The Lord used the prison which he called “wilderness” to break him, make him and filled him so that He can use him in a time as now.

Apostle Dr. Martins was one of the five people that were granted full refugee status out of 75000 applicants by the UK government in 1998. He was divinely orchestrated to meet his wife Prophetess Helen. In 2001 through him the Lord pioneered His church in the United Kingdom. Prophet Dr. Martins an evangelist and prophet by calling, is a Spirit-filled preacher of the gospel who always minister from the practical viewpoint of life experience. God’s vision in his hand, has affected lives in a positive way with testimonies and tangible miracles following.

Personal Summary
Apostle Dr. Martins, an author of the thriving selling book titled “When your vision seems bigger than you, keep alive the dream of God, inside of you”, is also a qualified Solicitor (currently not in practice) of the Senior Court of England and Wales. He is married to Prophetess Helen. They have two children in their marriage, namely Martins Jnr and Princess. An Apostle with an apostolic mandate that will storm the world stage by surprise. A day before the July 2005 bomb attempt in London, the Lord revealed through Apostle Dr. Martins to a praying audience, the evil plan of the enemy for the following week. He is a man that has been raised by God with a calling of Abraham to raise sons (disciples); to birth and lead a “Movement” for the Lord in this end-time. Apostle Dr. Martins an expository preacher of the Bible and a worshiper that encourages and motivate sons of God to worship in spirit and in truth.

Preaching Engagement
As an apostle and a preacher of the gospel, Apostle Dr. Martins has traveled to USA, Dubai, Ireland, Africa and United Kingdom, preaching the gospel of Christ and several miracles and testimonies confirm his mandate. To invite Apostle Dr. Martins to minister in your church events, conferences and crusades, please contact us at This email address is being protected from spambots. You need JavaScript enabled to view it. 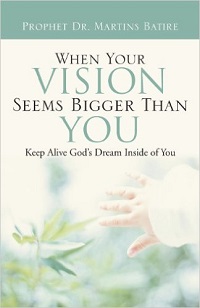